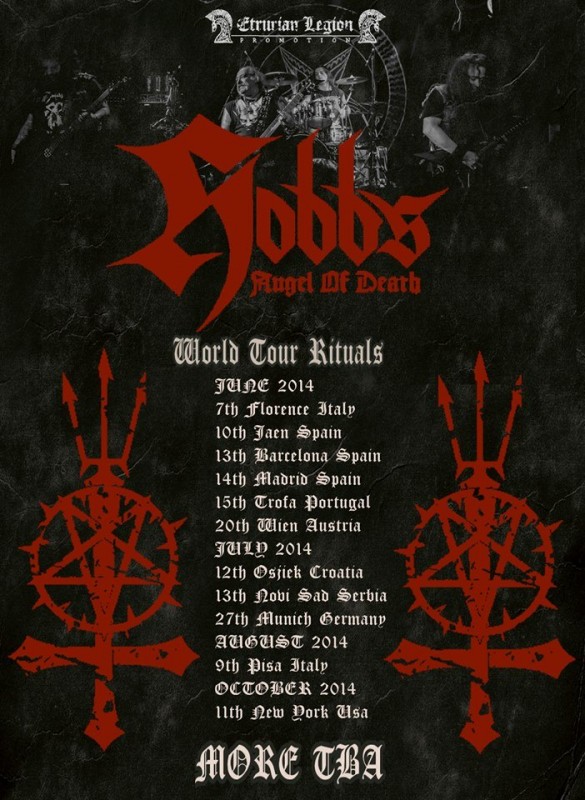 With Hobbs jetting off today for Europe, here’s a look at his upcoming dates for his World Tour Rituals! More dates to be announced! 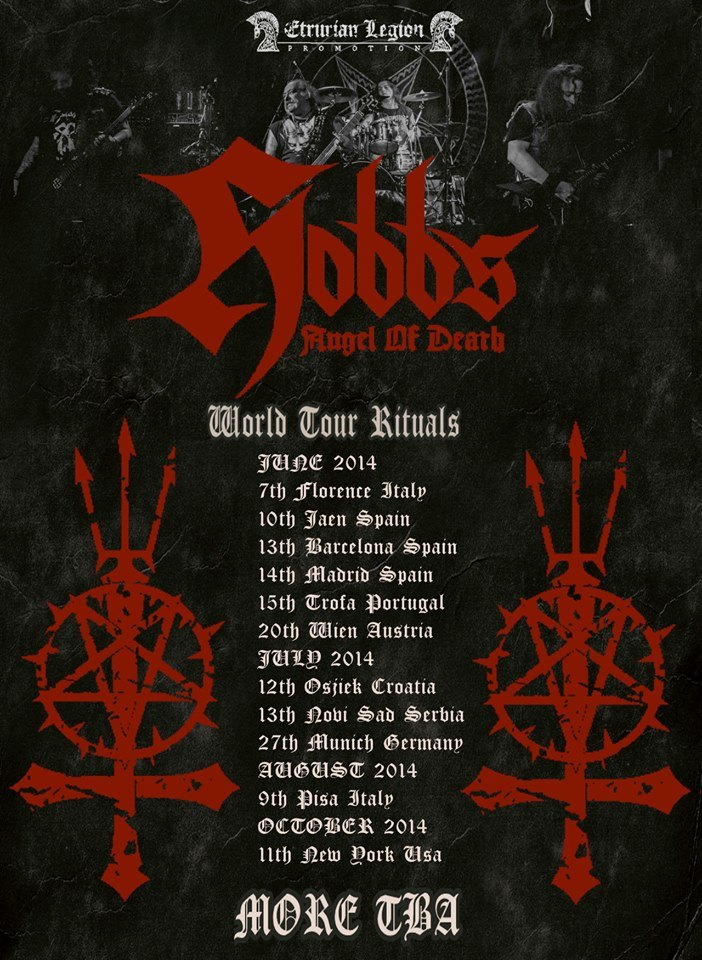 The story of TANKARD is an exceptional one: the Thrash Metal force from Frankfurt, Germany has been around since the early 80s , spearheading a wave of German Thrash bands who became successful worldwide (Kreator, Destruction, Sodom a.o.). And while a lot of other bands struggled, split up or came back with reunions, TANKARD never had these problems. They have always been there.

When you think of beer and Thrash Metal the name TANKARD is the first that will pop up for sure.

The German legends will be joined by a very special guest in??JAPANESE BLACK THRASH METAL YAKUZA ………ABIGAIL !!! Ready to??Hit and Destroy on their First ever Tour of Australia -??Strictly NO SIDESHOWS!

TANKARD & ABIGAIL are coming over to Australia to do what they do Best!

May 3, 2014 No Comment
For those wondering what Phil (Long Voyage Back, ex-Hobbs Angel Of Death, ex-Destroyer 666) is up to these days, we just received an email from the man himself regarding the following:
Day of Clint (Christ on a Spring & Phil Venom of Mass Confusion and Tony Tbone from Redback) are doin their first gig in over three years. Come down if you can for a bit ???o??? toe tappin, knee tremblin, buttock thrunging rock n roll action. Its a cool little bar??http://www.wholelottalovebar.com/#menu-item-524. Get down early coz I???m almost sure Day Of Clint will be on first.
Gig is Thursday 8th of May
Whole Lotta Love
524 Lygon st
East Brunswick
Victoria 3104, Australia
Gig, Live, Long Voyage Back, Melbourne
Share :