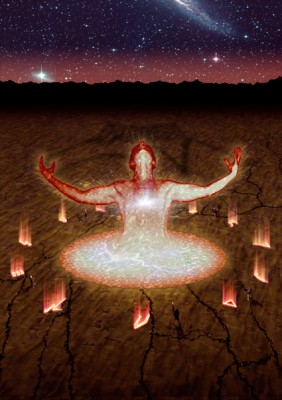 This is the swansong album of Australia’s biggest heavy metal band, DUNGEON.

With a career lasting a staggering Sixteen years, five critically acclaimed albums & a DVD, 3 international tours & countless national tours either as headliner or with bands such as MEGADETH, EDGUY, DESTRUCTION, DORO, OPETH, NIGHTWISH, ANGRA & NEVERMORE, DUNGEON rose to the top of the Australian metal scene & made waves around the world with their aggressive blend of thrash, power, prog & traditional metal.

After their landmark 2005 European tour with metal gods MEGADETH, DUNGEON called it a day upon their return to Australia in front of a full house at Sydney’s Gaelic Theatre.

As a parting gift to their fans & a fitting end to the DUNGEON story, vocalist/guitarist & founding member Lord Tim, along with drummer Tim Yatras have recorded the definitive DUNGEON album: ‘The Final Chapter’.

‘The Final Chapter’ combines all of the elements that made DUNGEON a legitimate player in the international music scene: strong, infectious songwriting, terrifying guitar solos, technical yet fluid bass lines, a blinding double-kick drumming assault & soaring, multi-part vocals. Sixteen years in the making, with a production to rival the best in the world.

It’s time to pay your respects & close the story of DUNGEON.

‘The Final Chapter’ has arrived!