This was the catch-cry of DUNGEON, Australia’s leading heavy metal band until their final landmark show in December 2005.

The story of LORD begins as DUNGEON, 16 years ago in the Australian outback. Formed by singer / guitarist Lord Tim, DUNGEON rose to the very top of the Australian heavy metal scene with both headlining & supporting tours of Australia alongside the likes of MEGADETH, OPETH, NIGHTWISH, ANGRA, DORO, DESTRUCTION, NEVERMORE, EDGUY, YNGWIE MALMSTEEN, MAYHEM and more, and international tours with MEGADETH, SKYLARK, DRAGONLAND, METAL CHURCH & GALNERYUS.

In 2003, Lord Tim released an album of personal songs which had been written & recorded over the years, material which was either too personal or inappropriate to contribute to DUNGEON. As DUNGEON was his main project at the time, this album – LORD: A Personal Journey – was strictly a side solo project.

Fast forward to 2005 & DUNGEON has returned from their ground-breaking world tour with MEGADETH, a long tour which took its toll on the inner workings of the band so much that it split the band in two, prompting Lord Tim to finally put an end to DUNGEON’s 16 year legacy & reinvent LORD as a legitimate band with fresh and hungry players.

Fans of DUNGEON will immediately identify with LORD, who are continuing with the same style of music and playing all of the old DUNGEON classic anthems at their energetic and entertaining live shows.

DUNGEON’s music will be forever etched into Australian metal history but LORD’s journey has only just begun. With such a powerful foundation and a driving hunger to take it even further beyond, LORD’s future is bright as they proudly continue on with DUNGEON’s legacy: 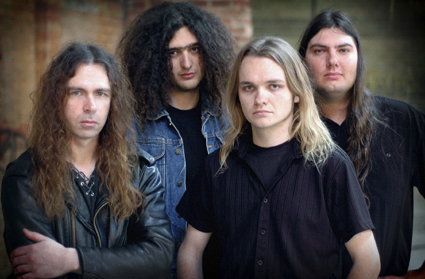