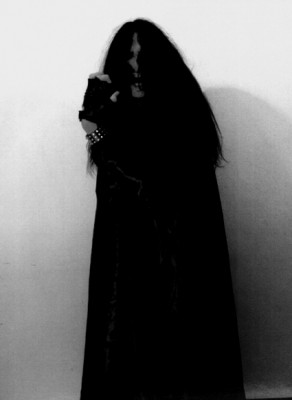 ROK is best known as the crazed frontman of the infamous Australian death metal maniacs, SADISTIK EXEKUTION. Formed in 1986 by Rok & mental bass player – Dave Slave, the aim of SADISTIK EXEKUTION was to create nothing less than the most intense metal music on the planet, always as mentally fukked up as possible. This band unleashed violence upon the Australian public with a wave of publicity in national press & TV before finally playing live in 1991 to coincide with the release of the debut album “The Magus”.

Through the early nineties, ROK & his madmen continued to terrorize with more live shows in Sydney, Melbourne & Brisbane, each performance more insane than the previous. In 1994 SADISTIK EXEKUTION’s second album “We Are Death Fukk You” was released through Osmose Productions to an unsuspecting European Audience. Six months later, more mayhem erupted when SADISTIK EXEKUTION hit paris, Berlin, Rome, & other cities as they toured with IMPALED NAZARENE & ABSU. After more live shows in Australia, SADISTIK EXEKUTION’s definitive album “K.A.O.S.” was released in Australia prior to a European release with bonus tracks, again through Osmose Productions. K.A.O.S. has been described as the most extreme metal release ever by the European music media.

In 1998 ROK recruited Princess Hellfukker – guitars, The Imposter – bass & Hellaxe Shothammer – drums, for his debut solo CD “This is Satanik”. A mix of old school death metal, dirty punk rock & bizarre screams or pure insanity, “This is Satanik” was intended to be a lesson in uncool, non trend anti – music laced with hostility & sarcasm.

Now ROK is ready for war with the new full length CD “Burning Metal”. From the dark intro ‘Hell’ you are guided into the opening track ‘Warpower’, a potent blitz of metal bombs and gunfire. The pure power metal of ‘Born in Fire’ & ‘Black Leather’ lead into the sex driven classic ‘Satanik Slut’ & the epic journey through fantasy ‘Satanica 6000’. If the true essence of death metal fills your soul with desire, then step into the 21st century with BURNING METAL!

ROK IS THE DEVIL’S MUSIK!!!