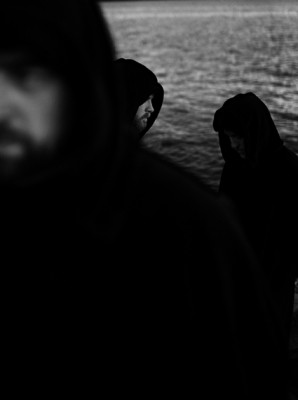 “Dark and tragic” might be fitting adjectives for Ulver’s 14-year career, but “low-key” is definitely a more recent development. For even though it might be hard to believe it when you listen to the soft-spoken new album, Ulver were once a seminal black metal band. They even have the name (Ulver translates as “Wolves”) and a trilogy of folklore-inspired metal to prove it.

But even in a scene that sent shockwaves around the world, Ulver were outsiders. While other black metallers were “slaves to the one with horns”, Ulver were inspired by Thomas Kingo, a 17th century composer of psalms.

I’d like to say that they are equally comfortable with whatever medium they choose, but that would be a lie. Ulver never seem comfortable???they seem restless, longing for some far-off horizon or hidden world only they can see. This makes every new release from Ulver interesting because you not only have to ask “is it good?” (with Ulver, that’s a redundant question) but “what kind of music is it?”

So, what kind of music is this? The boys already told you it’s “dark and tragic”, but while being weighed down with the world, they have managed to produce their most accessible album to date. This might sound like a paradox, but Ulver thrive on such paradoxes. Their fears have been given a shapely form indeed, capable, perhaps, of bringing a little comfort to some.

Soothing electronics and natural percussion provide the basis for Garm’s warm vocals, singing songs of loss and disillusion. While the lyrics provide little hope, the music carries a note of quiet faith. It sees Ulver abandon many of their grand concepts, to focus on music and human emotion. Contributions by world-renowned thereminist Pamelia Kurstin help make SHADOWS OF THE SUN a piece of rare beauty.

You want comparisons? SHADOWS OF THE SUN sees Ulver borrow some pigments from David Sylvian’s palette, using it to transport their own visions onto the canvas. Incidentally, Austrian audio abstracter Christian Fennesz, an associate of Sylvian, also help make this album what it is.

Other comparions could be made. The band are avowed fans of Coil. Nick Cave, maybe. But such comparisons only cheapen, because Ulver really don’t sound like anybody you already know. They are the perfect strangers.

I’d call them “lone wolves”, but I’ve promised the band to lay off the wolf jokes.

Garm was vocalist in ARCTURUS & on BORKNAGAR’s first 2 classic albums. Along with this ULVER has been nominated for various Norwegian Grammy Awards & scored 3 film soundtracks. This album will appeal to fans of COIL, NICK CAVE, DAVID SYLVIAN, KING CRIMSON, UNIVERS ZERO & GUAPO.

What the critics are saying…

“…passionately beautiful…totally different from what both ULVER have done before & from what has been done in the musical world in general.” – METAL INVADER

“…The songs pulse, ebb, flow & linger, but they also pound & pummel their way out of the speakers.” – METAL OBSERVER

“ULVER is easily one of the most progressive bands of all time…creative & inventive (not to mention unpredictable.” – AVERSIONONLINE.COM